A plague of plastic windows?

English Heritage is launching a survey to help protect official conservation areas, and one of its targets is the replacement of wooden sash windows with a “plague of plastic ones”. So is it wrong to stick uPVC in a period house?

If you’re being shown round a Victorian house by an enterprising estate agent, they will often reel off a list of period features that they think will help you to fall in love and them to get their commission.

But there has been a 20-30 year assault on this period feature, according to Chris Wood, head of building conservation and research at English Heritage.

“There has been a big marketing push by those selling double glazing to point out the benefits. Many people take the straightforward option of replacing them.”

The replacement is typically plastic-framed double-glazed windows, sneeringly referred to by connoisseurs by the generic term uPVC.

But these, according to English Heritage, spoil the look of England’s 9,000-plus conservation areas – areas officially classed as being of historic architectural importance.

On the one hand, sash windows are in frames made out of high-quality, slow-grown softwood timber that came, in the 19th Century, from Baltic forests. The sash window typically consists of two frames, or sashes, with anything between one and half-a-dozen or more panes of glass. They slide within the window case, while stabilised by sash weights attached to cords and hidden within the case of the window.

On the other hand you have modern plastic windows, typically opening from a pivot. They are very different beasts. Like other modernisations, the plastic looks out of place next to older materials.

“We very much encourage people to carry out work using appropriate materials,” says Mr Wood. “If you start changing the materials they begin to look very different.”

Of course, for many people sash windows are an expensive luxury. You might move in to a period house, find the frames or case has rotted and get an eyewatering estimate for repair from a joiner.

“It can cost money,” says Mr Wood. “I’ve seen jobs carried out very cheaply and carried out with great costs.” The important thing to bear in mind, he says, is that repair is often cheaper than replacement with uPVC.

But perhaps an even greater criticism in the 21st Century is the environment.

Everyone from the government’s Energy Saving Trust to Friends of the Earth supports the use of double-glazed windows, to prevent heat escaping from houses, and therefore cut down carbon emissions. The trust asserts that if everyone in the UK who needed double glazing fitted got it £700m a year would be saved, and the equivalent of about 740,000 households’ CO2 emissions.

But the conservationists are not going to give up without a fight. Mr Wood says there are a raft of things you can do to reduce heat loss as much as with double-glazed windows.

The first thing is draught-stripping. Brush strips are fitted around the two frames so that when closed they form a better seal. Rubber or silicon is available as a cheaper alternative.

The second avenue is rather cheaper – close your curtains. With heavy curtains, or indeed shutters that completely cover the windows, heat loss can be the same as with exposed double glazing.

The third method is to fit secondary glazing, effectively a form of double glazing provided by a unit on the inside of the window.

There is modern sash-style double glazing, but English Heritage believe it does not usually look appropriate.

As well as the appearance issue, those in conservation areas should bear the law in mind. If you have sash windows and your local council has what is called “article four directions” in place, you must seek planning permission to replace them with plastic windows. In a listed building, you must have listed building consent.

Of course, for many homeowners the reason to retain the windows is neither conservation nor legal, but merely financial. Who wants to rob the estate agent of their piece de resistance when they are trying to shift your home?

Here is a selection of your comments.

I agree entirely with English Heritage. These toy-town plastic windows and doors look absolutely appalling. A proper timber window or door not only looks better but, if looked after properly, can last indefinitely. PVC, on the other hand, lasts a maximum of 25 years if you’re lucky. It’s all very well to say that uPVC windows are more energy efficient, but what about the environmental damage cause by their manufacture and all-too-premature disposal? Plastic has it’s place in childrens toys and some household goods – but not on a house.
Jonathan Haw, Lincoln

If uPVC windows were available to the original builder, then they would have used them. They are a vast improvement over old types of window in every measurable way (durability, draft-exclusion, energy efficiency, etc). Nobody can persuade me that they wouldn’t have been fitted originally, had they been available.
Jon, Wilts

I cannot stand uPVC windows, they completely ruin the look. The environmental case for them is also flawed; pound for pound you will save more money and cut CO2 by a greater amount with better roof insulation (remember heat rises) and some decent curtains. Then there is the fact uPVC is a man made plastic, the manufacture of which is hugely damaging to the planet, whilst sash windows can be made from managed woodland where you are actually reducing pollution (the trees capture CO2 as they grow and this is then stored in your windows)! Plus sash windows when cared for last longer, as uPVC goes horrible after time.
David, Kent, UK

And when plastic windows need replacing, the old ones often end up in landfill sites, where uPVC is one of the most unpleasant and environmentally damaging substances. While they can be recycled, this obviously necessitates the consumption of more energy. The best option for both our built and natural environment is most definitely timber windows and heavy curtains.
BJF, London

English Heritage should stop this nonsense. When closed which most windows are most of the time they look better than the older alternative, and are better for the environment. UPVc windows will maintain their good looks far longer than wooden ones, and will not need painting with high solvent paint. Alternative paints look rubbish even more quickly and do not really adequately protect the windows. Overall there in nothing to recommend the “traditional” wooden windows and the sooner they are banned in their entirety the better.
Tim, Steeple Essex

English Heritage should remember that an Englishman’s home is his castle and why should some bloke in London decide whether I can have double glazing or a shower in my home or not? It’s MY home after all.

If English Heritage is to protect the heritage of old buildings, they need to understand that these buildings need to be desirable, not more trouble than they are worth! It’s a shame when it’s easier to let a building fall into disrepair than adapt it to meet modern living arrangements.
Brian Parkes, Farnborough

It’s a false dichotomy. There are (at least) two double glazing firms who supply double glazed wood-framed sash windows. And since neither of them (as far as I know) indulge in cold-calling, you can even fit them without troubling your conscience. It’s only the cold-calling shysters who make you replace wood with plastic.
Ian Kemmish, Biggleswade

If this is carried to its conclusion people will have to fit green tinged uneven glass in their sash windows. My own 150 year old windows were beginning to rot and they let a lot of heat escape. I now have beautifully clear, uPVC windows which keep the heat in and noise out. They will last as long as modern softwood windows since modern red wood does not last as it did in Victorian times. Unless the building has historical or artistic importance why bother if the windows are made of plastic?
Charlie, Workington

uPVC in an older house looks wrong, simple as that. I’m house hunting at the moment and see uPVC as a minus point I factor in the cost of taking it out and replacing it with proper windows. Or I just don’t go and see it at all. I’m not convinced of the energy saving of upvc either. How much energy was used making them I wonder?
Adam, London

We’re getting quotes at the moment for replacement uPVC sliding sash windows on our Victorian house. The originals are now in such a poor state that replacement is the only option. I haven’t even considered wooden replacements as painting all the various sections every few years is the biggest turnoff. We could get look-alike ones which would be cheaper but look awful on period properties. So proper sliders but in maintenance free uPVC are the way to go for most people.
Ian Fuller, Staines, UK

I’d be interested to know if the same applies to original leaded lights. Our 1920s house has four leaded light windows – the rest are plastic double-glazing – and I do spend some time maintaining them. But I’d never replace them – the double-glazed faux leaded lights just look so cheap and tacky compared to the real deal.
Mike Smith, Leeds

Out 100 year old house still has the original sashes, never painted on the inside, and all original varnished wood trim (9″ base-boards, 4″ door trims), again none of it ever painted. It is a lot of work to maintain them, such as replacing broken sash cords, but well worth the effort. I think altogether it adds about a 20% premium to the value of the house. Better to take other measures (external storm windows, good wall insulation, draft-proofing doors, and a >95% efficient gas furnace) than sacrifice such beautiful craftsmanship.
Paul, US 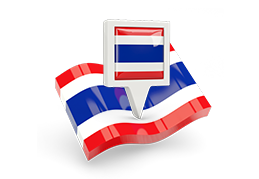